A Dictionary of Symbols: Revised and Expanded Edition (Paperback) 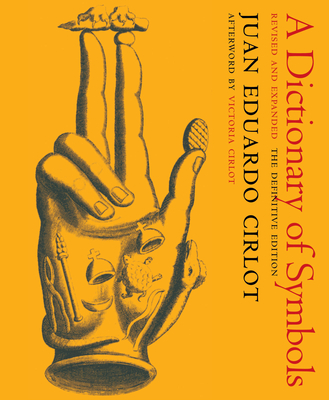 A classic encyclopedia of symbols by Catalan polymath Joan Cirlot that illuminates the symbolic underpinnings of myth, modern psychology, literature, and art.

Juan Eduardo Cirlot’s A Dictionary of Symbols is a feat of scholarship, an act of the imagination, and a tool for contemplation, as well as a work of literature, a reference book that is as indispensable as it is brilliant and learned. Cirlot was a composer, a poet, an art critic, and a champion of modern art whose interest in surrealism helped to bring him to the study of symbolism. Carl Jung, Mircea Eliade, René Guénon, Erich Fromm, and Gaston Bachelard also helped to shape his thinking in a book that explores the space between the world at large and the world within, where, as Cirlot sees it, nothing is meaningless, everything is significant, and everything is in some way related to something else. Running from “abandonment” to “zone” by way of “flute” and “whip,” spanning the cultures of the world, and including a wealth of visual images to further bring the reality of the symbol home, A Dictionary of Symbols, here published for the first time in English in its original, significantly enlarged form, is a luminous and illuminating investigation of the works of eternity in time.

Juan Eduardo Cirlot (1916–1973) was a poet, art critic, hermeneutist, mythologist, and musician. He wrote several books on the history and theory of art, published several poetry collections, and composed music.

Philip Pullman is the author of the trilogy His Dark Materials, the third book of which, The Amber Spyglass, was the first children’s book to win the Whitbread Book of the Year Award in the UK. His most recent novel is The Book of Dust: La Belle Sauvage, the first book in a new companion trilogy to His Dark Materials. He lives in Oxford, England.

Valerie Miles, an editor, writer, and translator, co-founded the literary journal Granta in Spanish and also established the NYRB Classics series in Spanish. She curated the first exhibition dedicated to Roberto Bolaño’s archive papers. She is author of A Thousand Forests in One Acorn. She lives in Barcelona, Spain.

“This new edition could not come at a better time. . . . [T]he simple act of sifting through this sprawling book is a reminder of the underlying continuities between world cultures, despite upheavals, wars, and catastrophes. A Dictionary of Symbols guides us through what unites us across nations, religions, and literary and artistic traditions.” —Angelica Frey, Hyperallergic

"[Cirlot’s] book is not merely a reference work for students of symbology, but a book to be read at leisure. It does indeed provide informative and interesting reading. The longer entries can be read as independent essays, but it is only by reading through the volume steadily that one can become aware of the intricate interrelations of symbolic meanings." —Catherine D. Rau, The Journal of Aesthetics and Art Criticism

"[This] is a volume which can either be used as a work of reference, or simply read for pleasure and instruction. There are many entries in this dictionary—those on Architecture, Colour, Cross, Graphics, Mandala, Numbers, Serpent, Water, Zodiac, to give a few examples—which can be read as independent essays. But in general the greatest use of the volume will be for the elucidation of those many symbols which we encounter in the arts and in the history of ideas. Man, it has been said, is a symbolizing animal; it is evident that at no stage in the development of civilization has man been able to dispense with symbols." —Herbert Read