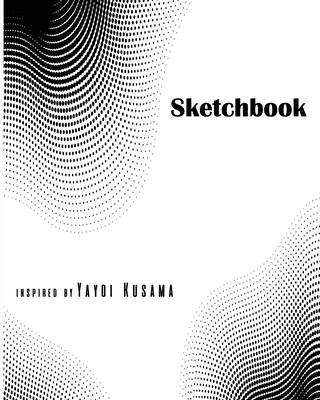 Moved I was inspired by the documentary film on Yayoi Kusama, a Japanese artist who came before time. She was original and innovative. She set up gay wedding 40 years ago. At that time, Americans were far more conservative and sexists. Only American male artist earned and were accepted. She is not only a female but also is a foreigner, Japanese. What could you do if you were in her shoes? Let's see what she has done.

Her theme of life is dots. Dots represent infinity. She has made a lot of artistic pieces, paintings, artworks, a mirror room with bulb, various colors and sizes representing substances in infinite universe.

She was an activist during Vietnam War. Experiencing war first hand, during WWII, she sew for military stuff for Japanese soldiers when she was young and was a student in Japan. Japanese boys had to be soldiers while girls had to be supportive. That's why, she protested war. She thought why beautiful artistic bodies need to be in war and ruined. Nudity was her work to protest war.

Although her work was original, nobody accepted and a few male artists even stole her idea. As a result, she struggled and was deeply depressed. Not succeed in New York, she went back to Japan, whose arts was far behind the US far more than 100 years. Even in the US, she was before time; what about back there then? Even worse, her family, her hometown and her country thought of her as an embarrassing person of family, town and country. She was then severely depressed, and attempted to commit suicide. She was finally schizophrenic. She was sent to Psychiatric hospital where her physician was interested in Arts Therapy. She returned to make arts once again.

Today, she is the most accepted and famous female artist who is still living. Her works worth millions $. She keeps doing her works. Her studio is just 2 blocks away from the hospital where she stays at night. She has had life purpose, to make arts of her own and been obsessed about it. She has stayed true to that until death finds her.