The Sword of the Spirit: The Full Armor of God (Paperback) 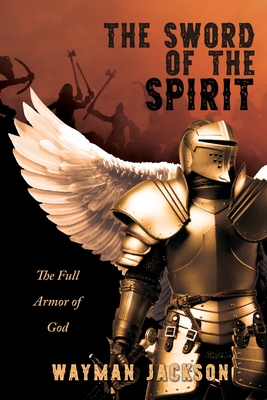 Jesus sends the Spirit Warrior, Hezekiah, on a quest through a hot and salty desert to save Central city from devastation. While traveling, Hezekiah stops to rest and then has a dangerous encounter with Satan. Impaled and blood coursing out of his body like a river, Hezekiah is left for dead. Hezekiah is found by a missionary doctor, Frank, and his daughter, Faith. As Faith cares for Hezekiah, and as he awakens, their eyes connect, and their hearts burn with passion for each other. Unable to control the infatuation that leaves their skin tingling, they cannot stop thinking about each other. However, as the missionary team continues to care for Hezekiah, a dark secret from the spirit warrior's past turns Frank's loving duty as a doctor into drudgery and Faith's infatuation for Hezekiah into pure hate. Sometime later, on a journalistic assignment in another city, Faith encounters a massive invasion force and flees for her life to escape the city. As she tries to escape, she encounters a dangerous foe by the name of Warlord. Drawn towards the hatred in Faith's heart, Warlord will stop at nothing to end her existence. Meanwhile, as Hezekiah is in the throes of guilt and shame, he finds out that Faith is in danger and rushes to save her. Hezekiah encounters Warlord and quickly realizes that his current powers are useless against him. They successfully escape. However, Warlord secretly follows them and makes plans to decimate Central city. Wondering about what to do next, Frank, Faith, and Hezekiah discover that the Spirit Warrior needs the full Armor of God to save them from Warlord. With doom looming over the city and a love grown cold, can Hezekiah find the full armor of God, save the city from devastation, and rekindle the passion between him and Faith? Wayman Jackson is a Christian writer with a focus on reaching people for Christ. Accepting a relationship with Jesus as a teenager, he wanted others to experience freedom from guilt and shame. Armed with a vivid imagination, Wayman uses his skills as a writer to introduce people to Christ.