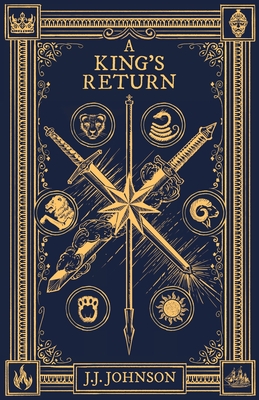 Islandia had been without a High King for a generation. Eloy, the last High King, embarked upon a journey shrouded in mystery after a cryptic warning found from a long lost prophet promised a return of ancient dark forces. Eloy had placed the rule of Islandia and the five kingdoms in the hands of his closest friend, King Richard. After thirty years most have long since stopped looking for Eloy's return or the darkness foretold. Many under Richard's rule have grown discontent and jealous of his appointment. All hope for peace is lost and chaos reigns after the icy hand of an assassin takes the life of King Richard and plucks him from the throne. What now? Will Prince Titus, Richard's son, have the strength to hold Islandia together, or will it descend into war over the High King's throne The kingdom is divided by the sword as each must decide where their loyalties lie.