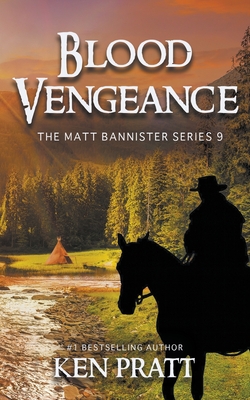 THE STRONGEST MOTIVATION TO KILL IS BLOOD VENGEANCE.

Wes Wasson - an old Indian fighter and known troublemaker - comes to Branson to visit his Sister and brother in law. While out with his nephew Bruce, Wes hears that a local Indian named Chusi Yellowbear was a survivor of the Bear River Massacre in 1863, and Wes decides he needs to meet him.

While harassing Chusi, Wes discovers the man who killed Chusi's family was Bruce's father, Frank Ellison. Chusi has wanted revenge for twenty-one years and now he knows where to find it. After being arrested by Matt bannister for drunken antics, Chusi comes out a changed man with his fighting spirit back, and this time he offers no forgiveness, but blood for blood.

Matt is drawn in between Chusi, who wants revenge for his family and Frank who wants to be forgiven. And of course, Wes who wants one more Indian notched in his belt and antagonizes Chusi every chance he has.

Matt Bannister must work between them all to try to calm a brewing storm that runs deeper than pride or honor...