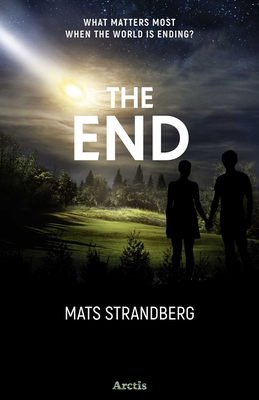 By Mats Strandberg
$18.95
Click Title for IN STOCK Location

When will the world end? With Foxworth, a massive comet, hurtling toward Earth, humanity now knows the exact date.

Seventeen-year-old Simon wants to spend his last weeks with the people he cares about most, especially his goal-oriented swimmer ex-girlfriend, Tilda, who dumped him shortly after the news broke. Since Lucinda was diagnosed with cancer she’s, retreated into herself preparing for the inevitable. Suddenly facing down a death that makes her the same as everyone else, she longs to connect again but doesn’t quite know where to start. Reaching out to her former best friend Tilda seems like a good first step. Then Tilda is found dead and accusations start circling that Simon is the killer. As the days tick down, Simon and Lucinda only want to know the truth, but the more they uncover about the final days of the girl they both cared for deeply, the clearer the things that really matter become.

Probing the question How would you spend your last days if you knew exactly when they’d run out?, The End is a taut and riveting pre-apocalyptic thriller underpinned with sharp social commentary, that blends the urgency of Neal and Jarrod Shusterman’s Dry with the dark tension of Courtney Summer’s Sadie.

Swedish author Mats Strandberg is internationally known with the ENGELFORS trilogy (co-author Sara B. Elfgren), HIS YA series that has been sold in a total of 25 countries.  THE CIRCLE book 1 was also made into film. Strandberg lives and works in Stockholm. He is sometimes called  "the Swedish Stephen King" for his adult horror novels.

Best YA Books of 2020 About Chasing Dreams
— Kirkus Reviews

STARRED REVIEW! "A stellar work of fiction that will cling to readers' minds and take hold of their hearts."
— School Library Journal