21st Century Voices of a People's History of the United States: Documents of Resistance and Hope, 2000-2023 (Paperback) 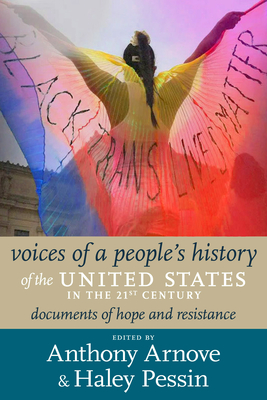 The social movements of the first two decades of the 21st century come to life for the first time in a comprehensive volume of inspired documentation of activism, protest, and social change.

In this book, editors Anthony Arnove and Haley Pessin, curate voices of resistance and hope from 2000 to the present, inspired by the original Voices of a People’s History of the United States. The book features speeches, essays, songs, and documents from  Black Lives Matter, #MeToo, indigenous struggles, the environmental movement, disability justice organizers, and frontline workers during the global pandemic who spoke out against the life-threatening conditions of their labor.

HALEY PESSIN is a socialist activist based in New York City. She is a member of the AfroSocialist and Socialists of Color Caucus of the Democratic Socialists of America. Her writing has appeared in New Politics and she is on the editorial board of Tempestmag.org. She frequently speaks on the topics of mass incarceration and the Black Liberation struggle.