Once Upon a River (Large Print / Library Binding) 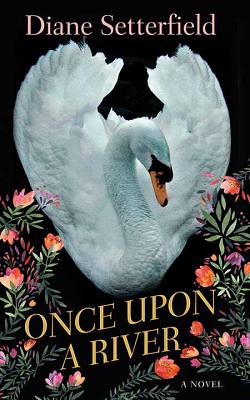 There is a tavern on the Thames that is known for its storytelling. People come from far and wide to tell, and be told, stories until one night a stranger staggers in with a child in his arms. The child appears to be drowned, but is she? Who is this child and this stranger? The stories that are told about this night will mesmerize and amaze you, and keep you turning the pages to find out more. — Percy Sutton

“Time to settle down for a story. It begins, as good stories should, with the rescue of a pair of strangers on a winter night. Though all is not as it seems in Diane Setterfield’s latest, as Once Upon a River quickly delves into a mystery. The young girl was dead when she was pulled from the river, but hours later she begins to breathe. As the story of her revival spreads, more than one member of the village feels mysteriously drawn to her. Could she be their missing child, estranged granddaughter, long-lost sister? Setterfield’s work is the closest an adult can come to settling down for story time, and Once Upon a River has the same magic, timeless, and cozy charm of a tale that has been told through the ages. Simply lovely.”
— Molly Gillespie, Joseph-Beth Booksellers, Cincinnati, OH

“The Swan, an ancient inn on the Thames River in the town of Radcott, stands at the center of this magical tale full of riveting, complex characters and storylines. The drowned body of a very young girl is brought to the Swan late one night, and she is mysteriously revived. Who is she? Why was she found in the river? How did she come back to life? The marvelous cast of characters who frequent the Swan and live near Radcott speculate and become drawn irresistibly into her story. Absorbing and wonderful!”
— Georgiana Dix Blomberg, Magnolia's Bookstore, Seattle, WA