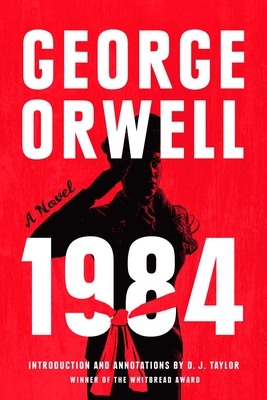 A brand-new new edition of Orwell’s timeless dystopian classic—for the next generation of readers—with an introduction and annotations by acclaimed Orwell scholar D. J. Taylor.

Since its first publication in 1949, Orwell’s devastating expose of the totalitarian mind has established itself as the most influential political satire of the modern age. Winston Smith’s doomed rebellion against the all-seeing eye of Big Brother, and a world corrupted by technology and the perversion of language, is as relevant now as it ever was.

This new edition includes an introduction and extensive annotations, and an appendix containing original responses to the novel and several of Orwell’s essays from the period in which Nineteen Eighty-Four was written.

George Orwell, the pseudonym for Eric Blair, was born in Bengal and educated at Eton in England. An opponent of totalitarianism, he served in the Loyalist forces in the Spanish Civil War. Besides his classic novel Animal Farm, his books include a novel based on his experiences as a colonial policeman, Burmese Days, two firsthand studies of poverty, Down and Out in Paris and London and The Road to Wigan Pier; an account of his experiences in the Spanish Civil War, Homage to Catalonia; and the extraordinary novel of political prophecy whose title became a permanent part of our language, 1984.  Orwell died in 1950.

D. J. Taylor is the author of Orwell: The Life, winner of the Whitbread Biography Award, and On Nineteen Eighty-Four: A Biography (2019). Pegasus will publish Orwell: The New Life in 2023.