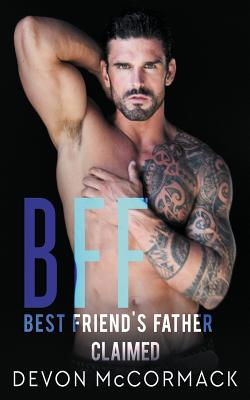 I fucked up. Not in a small way, either.

When I met my son's best friend, the attraction was instantaneous. Jesse Morgan is charming, witty, and hot-as-sin. He might be young, but he's wise beyond his years. And damn, what he can do to me with something as simple as his touch or one glance from those chestnut-colored eyes.

Hard as I tried, I couldn't keep my greedy hands off of him, and once I had a taste, I needed more.

He awakens a fire within me unlike anything I've experienced with another guy. He stirs a hot lust that makes it difficult for me to spend time with him without tearing his clothes off and giving him the pleasure he deserves.

It's more than that, though.

He makes me believe in something I'd given up on.

I love him. I want him to claim me, body and soul.

And messed up as it might sound, the man who destroyed what remained of my estranged relationship with my son might be the very man who can help save it.

Yes, I made one of the biggest mistakes in my life by starting down this path, but as far as mistakes go, Jesse Morgan is a pretty damn amazing one.

*This book contains the same triggers as the first installment of this series, BFF: Best Friend's Father.