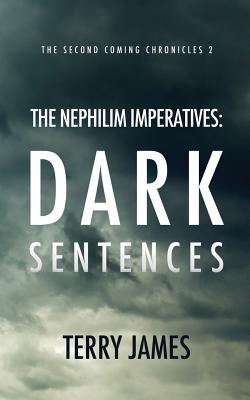 This is book number 2 in the Second Coming Chronicles series.

The Nephilim Imperatives: Dark Sentences brings focus to the sinister movement toward a paradigm shift for inhabitants of Planet Earth.

A horrific storm crashes above the Temple Mount in Jerusalem. Supernatural terror injects its murderous anger into the dawning millennium. Work done decades ago by other-worldly forces infect and afflict the human kind as in antediluvian ages.

Sinister operatives within governments are at work on projects beyond the clandestine objectives of the black operations at the heart of America's covert intrigues.

Planet Earth hangs in the balance, while Luciferian intentions move swiftly to once again genetically change the creature called man. Thus, to achieve a new paradigm once attempted, but prevented by world-wide cataclysm.