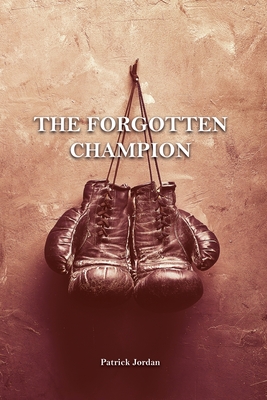 Steve Chase is a heavyweight boxer with a combination of tremendous power, quickness, and stamina that experts said made him 'almost unbeatable.' Becoming the heavyweight champion of the world is the driving force behind his whole world.

But when he kills his opponent on the way to that dream, his whole life changes. Running across the country, full of guilt from what he's done, Steve enters into a redemptive journey full of secrets, a new identity, hidden power, and even a chance at love. As he hides who he is, the world begins to erase his memory as well and because of his shame, the relationship between the girl he loves and his faith come to a standstill. Will he finally be able to forgive himself and use his power to save the woman he loves? Can he let Jesus take his guilt and free him to become who he was made to be?

This is a story about the journey to redemption and is full of mystery, along with a unique blend of Superman, Beauty and the Beast, and Sampson.

Patrick Jordan lives in northern Michigan with his wife of forty three years. He took up boxing and weightlifting at an early age as recreation and in this story, he combines the two to create his character. His deep Christian faith is also woven into the fabric of the story. He has written another book called, Ole Clubfoot, a fictional story about his other love, deer hunting. He will continue to enjoy life to the fullest with his wife and the love of Christ.