From There to Eternity: Alzheimer's and Beyond (Paperback) 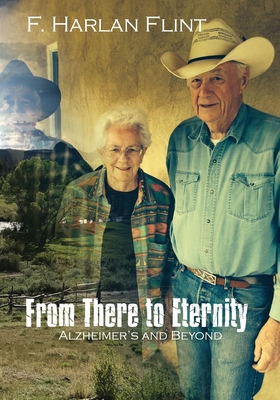 This is the story of the end of life journeys of two dissimilar but treasured people. One was the author's wife, Chris, who joined him on a path that brought them close to the community of people whose ancestors were among the first European settlers of New Mexico. The other, his friend, Baudelio, was the last of a long line of pioneers who found a home in the high country of northern New Mexico. The story had its final act for Chris and Baudelio at close to the same time but in far different ways: hers from the anguish of Alzheimer's, his from the slow decline after a lifetime of hard work. Other characters are the people met along the way and the places where they came together. One place was Santa Rita, the ephemeral Hispano community where they built a straw bale cabin. Another was the roadside caf in a small town on the way to and from the remote cabin.