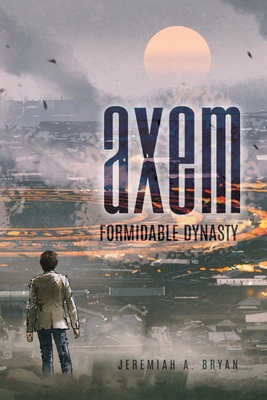 Axem: Formidable Dynasty by Jeremiah Bryan is the compelling adventure of a man, Axem, who wakes up after ten years in a coma to a world he doesn't recognize and a life he doesn't understand. Two opposing organizations, The Green Cross and CQ Starlight, are engaged in a long fight for authoritative power, eventually leading to nuclear warfare. After learning of the shady business his father has gotten himself into with these two groups, both Axem's mother and sister are abducted. Fighting off the kidnappers, he realizes he has enhanced survival instincts. Throughout the story, Axem searches for his family, encounters the living dead, along with characters who are wicked in their own ways. Stanley, Axem's best friend growing up, is the son of Sherman Sawyer, the leader of CQ Starlight, and transforms into one of Axem's greatest enemies. Gradually, Axem decides between insanity and faith in God.
Jeremiah was born on August 23rd, 2000 in California. Upon moving to North Carolina in 2009, he attained an aptitude for science and a deep love for The Lord. Having moved into multiple houses, he was the "new kid" every year up until high school. Now, he attends Montreat College and is currently pursuing a Biology degree, followed by a minor in both Chemistry and Theology. Having seen how divided Christians are within their denominations at Montreat, he desired nothing more than to return to the traditions of the early church.