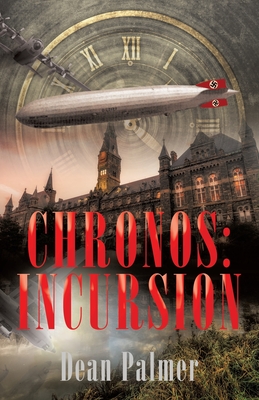 Karl's rage exploded. "Why doesn't our good God smite the whole Nazi regime right now?" He shook a fist, "Why doesn't He wipe them out and stop this wickedness? How can He stand by and watch His chosen people wiped out by the millions?" A tear slipped from his eye unchecked, and his voice broke. "Why doesn't He weep at what is happening?" He tightened every muscle, shook his fists, and bellowed. "Why " In Chronos: Incursion, the long-awaited sequel to Chronos One, Dean Palmer courageously tackles life's toughest questions about pain and suffering. His insightful answers point to a treasure-trove of hope and much-needed meaning in a world bereft of both. The second novel in the epic Chronos trilogy, Incursion continues the Chronos saga with the story of three men's lives intertwined across time by a force that threatens to undo time, itself: Kemuel, the heartbroken Guardian commander who fights to defend humanity against enemy incursions through time; Karl, the mysterious, angry Seer who struggles to keep the Nazis from changing history; and Joel Stark, the third generation caught up in the epic story of devices more powerful and destructive than humanity's worst weapons. Destined to inherit the Seer's mission and abilities, inexplicably ripped back-and-forth across time, racked with guilt from his past, and pulled against his will into wars both past and present, Joel must decide--like his mentor--whether and how he could ever trust the God who has permitted everything around him to happen.