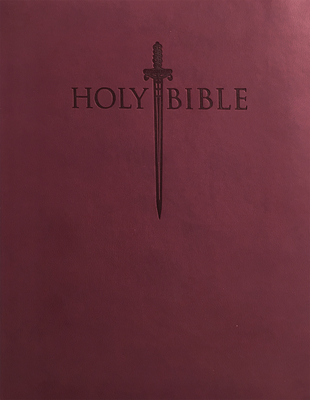 By Whitaker House
Call or email to see if a used copy is available.
Out of Print

For over four centuries, the Word of God was defined as the King James Version of the Bible. No other version has ever matched the beauty of its writing or the depth of its meaning. It is the most published and printed version of the Bible to this day. The King James Version contains the phrases and words that you grew up with and perhaps even memorized. The King James Version Easy Read (KJVER(R)) Bible uses the original 1611 King James Version text (based on the Textus Receptus--Received Text--rather than the revised 1881 Greek and Hebrew text), but it updates the language for the modern reader. Resources to enhance your biblical study are included, such as articles on the names and attributes of God, biblical terms and definitions, historical outlines, an extensive concordance, and detailed maps. Also the special Topical Concordance of Biblical Words, found at the end of this Bible, will provide countless aids for locating desired subjects and verses. The KJVER(R) Bible brings to life the King James Version, making it easier to use and understand. A key feature of the KJVER(R) Bible is the text style. Known as the King James Version Easy Read, it does not change the Word of God but helps explain difficult words and replaces clearly archaic or obsolete words. Not one word of doctrine has been changed. There are many other distinctive features of the KJVER(R) Bible: