Memoirs of a Gay Man (Paperback) 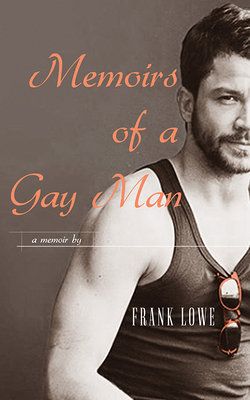 He's witty. He's fearless. He's probing. He's talented. He's a divorced, 40-something, gay-at-home dad whose life has never seemed to go exactly the way he planned. So, no one should be surprised that Frank Lowe, Twitter and LGBT media personality, author, and editor, now seeks catharsis through his very public and brutally honest autobiography, Memoirs of a Gay Man.

With a real-life story that rivals the trials and tribulations in Lemony Snicket's A Series of Unfortunate Events (wicked stepparents, being declared a child prodigy, being forced to wear uncomfortable and unfashionable clothing, finding a place among the outcasts and misfits), it's amazing to find that he has turned into such a successful, well-adjusted adult.

Memoirs of a Gay Man is Frank Lowe's own personal manifesto about how he overcame the trials and tribulations of growing up gay in a small Midwest town, finding love, gaining a son, losing love, and realizing he can persevere through anything.

Frank Lowe is a gay, divorced, 41-year-old dad. He is best known for his acerbic handle on Twitter and Instagram (@GayAtHomeDad), and has worked for publications such as The Advocate, HuffPost, and Gays with Kids. His goal is to bring attention to the world of gay parenting. As a result, he has been interviewed by CNN, CBS, OUT, Ozy, HuffPost, and The Today Show, to name a few. He currently lives in Northwestern Connecticut with his precocious 8-year-old son.