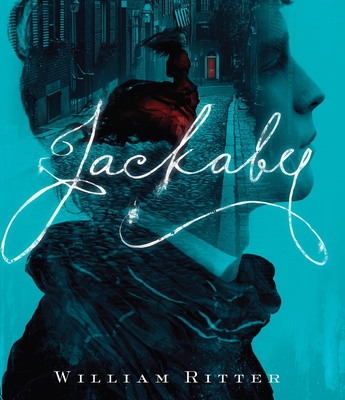 “Miss Rook, I am not an occultist,” Jackaby said. “I have a gift that allows me to see truth where others see the illusion--and there are many illusions. All the world’s a stage, as they say, and I seem to have the only seat in the house with a view behind the curtain.”
Think Sherlock, with a supernatural twist. We meet Jackaby at the same time as Abigail Rook, a young girl who has run away from home in search of adventure, and when she becomes his new assistant the shenanigans begin. Fast paced, quirky and delightful. I devoured it in one sitting! — Becky Doherty

When Abigail arrives in New England, she takes a job with the eccentric Jackaby, a Holmesian detective who can see otherworldly creatures. Jackaby's world is an adventure for Abigail, but will she survive their bloody investigation? A roaring mystery that's blood-chilling and humorous, with a touch of the fantastic. A perfect fit for fans of Sherlock and Enola Holmes! — Marika McCoola

Newly arrived in New Fiddleham, New England, 1890, and in need of a job, Abigail Rook meets R. F. Jackaby, an investigator of the unexplained with a keen eye for the extraordinary—including the ability to see supernatural beings. Abigail has a gift for noticing ordinary but important details, which makes her perfect for the position of Jackaby’s assistant.

On her first day, Abigail finds herself in the midst of a thrilling case: A serial killer is on the loose. The police are convinced it’s an ordinary villain, but Jackaby is certain the foul deeds are the work of the kind of creature whose very existence the local police seem adamant to deny.

While Abigail finds herself drawn to Jackaby’s keen intelligence and his sensitivity to phenomena others barely perceive, her feelings are confused by the presence of Charlie, a handsome young policeman willing to help Jackaby and Abigail on the case. But is Charlie’s offer a sincere desire to be of service, or is some darker motive at work.

William Ritter is an Oregon author and educator. He is the proud father of the two bravest boys in the Wild Wood, and husband to the indomitable Queen of the Deep Dark. The Dire King is the fourth and final book in his acclaimed New YorkTimes bestselling Jackaby series. Visit William Ritter online at rwillritter.wordpress.com and find him on Twitter: @Willothewords.

NICOLA BARBER has appeared on stage in New York and across the country, including with Scarlett Johnansson in <i>The Nanny Diaries.</i> She holds a degree in theatre arts from UNC-Chapel Hill, and has taken classes at the London Academy of Dramatic Art. She has been training and performing voiceovers since 2001, and can be heard in video games, animation, commercials, and corporate videos, as well as on award-winning audiobooks.