The SS Dirlewanger Brigade: The History of the Black Hunters (Paperback) 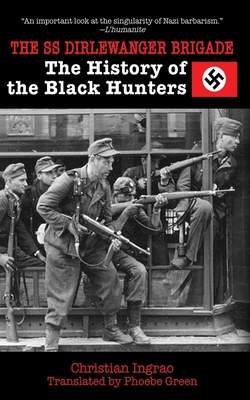 The Dirlewanger Brigade was an anti-partisan unit of the Nazi army, reporting directly to Heinrich Himmler. The first members of the brigade were mostly poachers who were released from prisons and concentration camps and who were believed to have the skills necessary for hunting down and capturing partisan fighters in their camps in the forests of the Eastern Front. Their numbers were soon increased by others who were eager for a way out of imprisonment—including men who had been convicted of burglary, assault, murder, and rape.

Under the leadership of Oskar Dirlewanger, a convicted rapist and alcoholic, they could do as they pleased: there were no repercussions for even their worst behavior. This was the group used for its special “talents” to help put down the Jewish uprising of the Warsaw Ghetto, killing an estimated 35,000 men, women, and children in a single day. Even by Nazi standards, the brigade was considered unduly violent and an investigation of its activities was opened. The Nazi hierarchy was eager to distance itself from the behavior of the brigade and eventually exiled many of the members to Belarus. Based on the archives from Germany, Poland, and Russia, The SS Dirlewanger Brigade offers an unprecedented look at one of the darkest chapters of World War II.