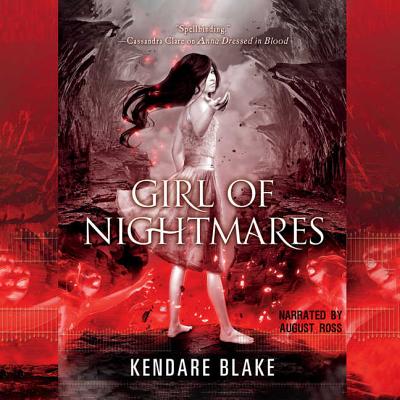 It's been months since the ghost of Anna Korlov opened a door to Hell in her basement and disappeared into it, but ghost-hunter Cas Lowood can't move on. His friends remind him that Anna sacrificed herself so that Cas could live--not walk around half dead, pining for her. He knows they're right, but in Cas' eyes, no living girl he meets can compare with the dead girl he fell in love with. Now he's seeing Anna everywhere: sometimes when he's asleep and sometimes in waking nightmares. But something is very wrong ... these aren't just daydreams. Anna seems tortured, torn apart in new and ever more gruesome ways every time she appears. Cas doesn't know what happened to Anna when she disappeared into Hell, but he knows she doesn't deserve whatever is happening to her now. Anna saved Cas more than once, and it's time for him to return the favor.

Kendare Blake holds an M.A. in creative writing from Middlesex University in northern London. She lives and writes in Washington, brakes for animals--the largest of which was a deer, which sadly didn't make it, and the smallest of which was a mouse, which did, but it took forever--and appreciates Greek mythology, rare red meat, and veganism.