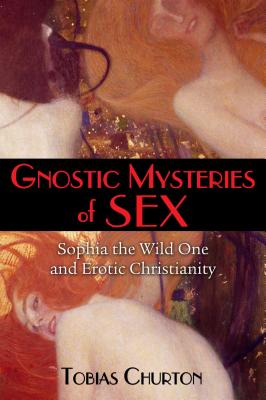 An exploration of the sexual practices and doctrinal secrets of Gnosticism

• Investigates the sexual gnosis practices of the Barbelo Gnostics of the 2nd century and their connections to the Gnostic Aeon Sophia, the Wild Lady of Wisdom

Examining every surviving text written by heresiologists, accounts often ignored in favor of the famous Nag Hammadi Library, Tobias Churton reveals the most secret inner teaching passed down by initiated societies: the tradition of sexual gnosis--higher union with God through the sacrament of sex. Discovering actual sex practices hidden within the writings of the Church’s authorities, he reconstructs the lost world of Gnostic spiritual-erotic experience as taught by initiated masters and mistresses and practiced by Christian couples seeking spiritual freedom from the world.

Solving a millennia-old riddle regarding the identity and secret symbol of Sophia, the mysterious Gnostic “Aeon,” Churton investigates Sophia’s connections to Barbelo, also known as Pruneikos, the Wild Lady of Wisdom, and the central focus of the Barbelo Gnostics of the 2nd century, whose religious sex practices so shocked orthodox Christian contemporaries that they were condemned, their cults of spiritual gnosis and “redemption by sin” driven underground.

Churton exposes the mystery of Sophia in the philosophy of the medieval Troubadours and explores William Blake’s inheritance of secret Renaissance sexual mysticism through the revolutionary English poet Andrew Marvell. Showing how Blake’s sexual and spiritual revolution connects to modern sexual magic, Churton also examines the esoteric meaning of the free-love explosion of the 1960s, revealing how sex can be raised from the realm of guilt into the highest magical sacrament of spiritual transformation.

Tobias Churton is Britain’s leading scholar of Western Esotericism, a world authority on Gnosticism, Hermeticism, and Rosicrucianism. He is a filmmaker and the founding editor of the magazine Freemasonry Today. An Honorary Fellow of Exeter University, where he is faculty lecturer in Rosicrucianism and Freemasonry, he holds a master’s degree in Theology from Brasenose College, Oxford, and created the award-winning documentary series and accompanying book The Gnostics, as well as several other films on Christian doctrine, mysticism, and magical folklore. The author of many books, including Gnostic Philosophy, The Invisible History of the Rosicrucians, and Aleister Crowley: The Beast in Berlin, he lives in England.

“Gnostic Mysteries of Sex takes us on a wild ride through the secret, enigmatic and heretical world of Gnostics, medieval troubadours, the visions of Blake, and the counterculture of the 1960s--all united in their quest for union with God. The reader should not be fooled by Tobias Churton’s inimitable style of writing, because beneath his humor and provocative statements, there’s a profound understanding of one the greatest mysteries of all time--the power of sexual gnosis.”
— Henrik Bogdan, associate professor in religious studies, University of Gothenburg

“In Gnostic Mysteries of Sex, Tobias Churton works to heal Western civilization’s deepest wound--the millennia-old divorce of sex and spirit. Revealed herein are the dangerous and radical sexual secrets that the Church could not eradicate, kept hidden by the occult underground through long centuries of persecution, torture, and crusade. And here is the radical message of the Gnostics, as shocking and critically important now as it was in the second century--that sex is the gateway of liberation, and the kingdom of heaven is within.”
— Jason Louv, author of Generation Hex and coauthor of Thee Psychick Bible

“Churton brings to this frank and deeply insightful study a surprisingly personal and moving narrative. The late scholar of Gnosticism Ioan Couliano once said the Gnostics were the champions of free thought--asserting a freedom to explore every logical possibility of their complex demiurgic estrangement from God and nature. It’s not so surprising then that sexual metaphysics and practices in all of their permutations were explored, along with the big questions they pose, and the gnosis they transmit. As Churton observes, ‘The new heaven and new earth result from an improvement of sensual enjoyment. There was, and is, need of it.’”
— Stephen J. King (Shiva X°), Grand Master, Ordo Templi Orientis

“Readable and hugely informative, Churton makes a solid case that explains the Christian teachings on sex as reactive to the non-canonical texts. As Churton writes, sex is the ‘essential battleground between heresy and orthodoxy.’ I suspect this may be a totally new branch of scholarship.”
— Vanilla Beer, artist

“An erudite view of a fascinating subject. Highly recommended.”
— Donald Traxler, translator of the works of Maria de Naglowska

"Churton (The Mysteries of John the Baptist) takes readers on a historical tour of available writings on sexual gnosis. ...Churton's scholarship seems to be both deep and broad..."
— Publishers Weekly, October 2015

“If you think the last word has long since been said on the subject of sex, then you need to read this book. The question of how to reconcile sex with spirituality has long preoccupied the religious culture of both East and West. Churton explores how the Gnostics had their own approach to this issue, an approach that he traces down the centuries through the Rosicrucians and the work of poets such as Andrew Marvell and William Blake. Their message, Churton shows, points the way to a glorious synthesis of the sexual and the spiritual.”
— Christopher McIntosh, Ph.D., Honorary University Fellow and Western Esotericism lecturer at the Univ

“One of the world’s greatest scholars of what Blake calls the ‘excluded’ tradition, Tobias Churton brings together a profound knowledge of Western esotericism with extensive new research to weave a rich and multifaceted tapestry detailing the long-hidden mysteries of sexual gnosis. Including in-depth analysis and detailed commentary on select sacred and heretical texts from Epiphanius, Hippolytus, Valentinus, Blake, Crowley, and more, Gnostic Mysteries of Sex is an illuminating volume filled with passion, truth, fascinating detail, and dynamic historical perspectives.”
— John Zorn, musician