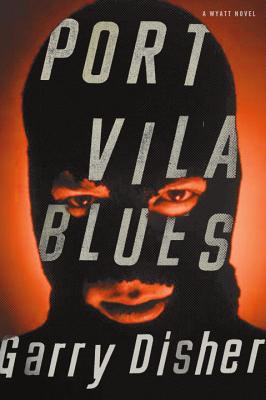 By Garry Disher
$25.00
Hard to Find - May no longer be available

This is book number 5 in the Wyatt Novel series.

Wyatt, an accomplished thief, steals one item too many from a politician’s safe and runs into a load of trouble, with the police, his cohorts and his girlfriend all after him, in this clever, funny, tough thriller. Disher is an Australian award-winning crime writer. — Louise Jones

Wyatt, the cool, ever-evasive thief, snatches the cash easily enough. He bypasses the alarm system, eludes the cops, makes it safely back to his hideout in Hobart. It's the diamond-studded Tiffany brooch and perhaps the girl that undoes him. Now some very hard people want to put Wyatt and that brooch out of circulation. But this is Wyatt's game and Wyatt sets the rules even if it means a reckoning somewhere far from home. In a murky world where the cops are robbers, old-style criminal Wyatt positively shines.

Garry Disher is one of Australia's best-known novelists. He's published over 40 books in a range of genres, including crime, children's books, and Australian history. His Hal Challis series is also published in the US by Soho Crime. He lives on the Mornington Peninsula, southeast of Melbourne.

Voted one of Deadly Pleasures Magazine’s “Best Mystery-Crime Novels of 2012.”


“To Disher’s usual brisk pacing, add heaps of noir...a banquet for those who like it uncut and unsparing.”
—Kirkus Reviews, Starred Review

"The scheming that goes into [Wyatt's] heists is outstanding in its originality."
—Toronto Star

"Folks who are fans of Richard Stark's Parker will find much to like in Wyatt."
—Reviewing the Evidence

Praise for the Wyatt series