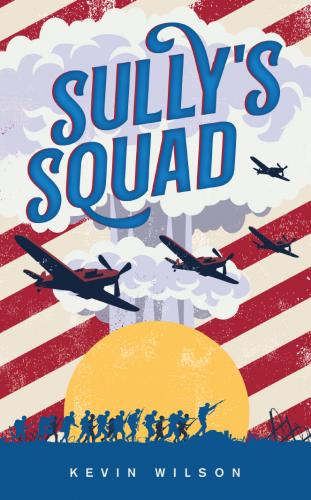 Sully’s Squad is not only a World War II epic, but also a moving coming-of-age tale, told through the eyes of fifteen-year old Arty, who lies about his age to enlist, and a chance meeting in a cathedral garden with a young postulant Angelina turns into a romance.
Arty finds himself in the thick of the action in the Sicilian campaign, dealing with the horrors of war, far more intense than he ever imagined. But he also forms deep bonds with his best friend Coney, a smart aleck with a big-city background, and the other diverse young men of the squad, who all prove to have stories of their own, some they’re struggling to keep secret.
Over time Angelina is not who she seems. And through it all, Sully, the squad leader, gives Arty, who has a complicated relationship with his own father, a new vision of what it could mean to be a man, just as Arty is becoming one himself. The story is poignant and sensitive in terms of describing battlefield deaths, shellshock and the emotions that surround them along with the impact on those families back home.