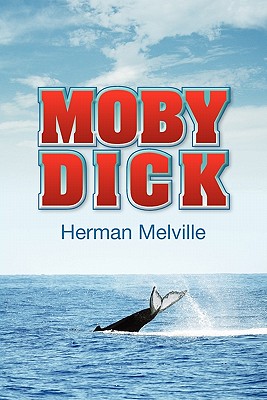 The Great American . . . well, it's more than a novel. It's a living, breathing, swirling world filled with tragedy and comedy. If you've never gotten past the famous first sentence, reading just a little further will reveal Melville's wicked sense of humor: "Whenever I find myself growing grim about the mouth; whenever it is a damp, drizzly November in my soul; whenever I find myself involuntarily pausing before coffin warehouses, and bringing up the rear of every funeral I meet; and especially whenever my hypos get such an upper hand of me, that it requires a strong moral principle to prevent me from deliberately stepping into the street, and methodically knocking people's hats off -- then, I account it high time to get to sea as soon as I can." This deadpan delivery permeates this thoroughly American book: both a philosophical discourse and a practical guide to every conceivable facet of whales and whaling. One needs only get to the end of that first chapter, to read Ishmael's reverie of newspaper headlines -- "Grand Contested Election for the Presidency of the United States" / "Whaling Voyage By One Ishmael" / "Bloody Battle in Affghanistan" -- to realize that Moby-Dick is still an eternal book, one that should be read in our time now more than ever. — Northshire Staff

""A work tantalizingly subversive, and yet somehow if not affirming at least forgiving of the blind destructiveness of human nature and of nature itself.""
-Elizabeth Hardwick

"Moby-Dick" is one of the great epics of all literature. Captain Ahab's hunt for the white whale drives the narrative at a relentless pace, while Ishmael's mediations on whales and whaling, on the sublime indifference of nature, and on the grimy details of the extraction of oil provide a reflective counterpoint to the headlong idolatrous quest. Sometimes read as a terrifying study of monomania or a critical inquiry into the sinister effects of reducing life to symbols, "Moby-Dick" also offers colorful and often comic glimpses of sea-faring life.
For almost thirty years, The Library of America has presented America's best and most significant writing in acclaimed hardcover editions. Now, a new series, Library of America Paperback Classics, offers attractive and affordable books that bring The Library of America's authoritative texts within easy reach of every reader. Each book features an introductory essay by one of a leading writer, as well as a detailed chronology of the author's life and career, an essay on the choice and history of the text, and notes.
The contents of this Paperback Classic are drawn from "Herman Melville: Redburn, White-Jacket, Moby-Dick," volume number 9 in the Library of America series. It is joined in the series by two companion volumes, and together they present Melville's complete fiction.