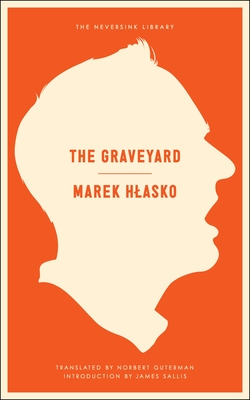 A drunken slip of the tongue costs a proud factory worker everything in this nihilistic dispatch from the heart of the Iron Curtain. A bitterly funny wrecking ball of a book, as relevant in today's post-Edward Snowden world as it was at the height of the cold war. — Charles Bottomley

“History has no use for witnesses.”

When Marek Hłasko sent this novel to publishers in Poland in the mid-1950s, it was uniformly rejected. When he asked why, he was told: “This Poland doesn’t exist.”

Long out of print, The Graveyard is Hłasko’s portrait of a system built on such denial and willful blindness. Factory worker Franciszek Kowalski is on his way home one evening after drinking with an old friend from the People’s Army when he unthinkingly yells some insults at a policeman. His outburst is taken as criticism of the government, and he is arrested and then expelled from the Party.

Kowalski attempts to rehabilitate himself by gathering testimonies from the men he had fought alongside, but each meeting with his former comrades takes him further into the underworld that he realizes has been there all along.

Written midway through Hłasko’s meteoric career, The Graveyard set its author and the Polish Communist government implacably against each other, and it’s easy to see why: Hłasko pulls no punches in portraying a regime that is maintained by constant surveillance, intimidation, and profound psychological manipulation.

A classic novel of political disillusionment from one of Poland’s seminal writers, an original “Angry Young Man” who lived fast, died young, and wrote brilliantly.

Marek Hłasko (1934–1969) was born in Warsaw, the only child of parents who divorced when he was three. He was kicked out of high school and worked a series of menial jobs. While a truck driver, he began to write articles for a local newspaper, and soon after joined the crusading magazine Po Prostu as the editor of the literary section. In 1956, his short story collection A First Step in the Clouds won him immediate acclaim. It was followed by The Eighth Day of the Week, and two other novels, The Graveyard and Next Stop—Paradise. But when publishers refused to bring out his books, Hłasko traveled to Paris and published them in the émigré journal Kultura. It was a fateful decision: the Polish authorities gave him the choice of returning home and renouncing his work or staying abroad forever. He chose the latter, and spent the rest of his life in Western Europe, Israel, and the United States. He developed a reputation as a hard drinker and brawler, and was often in and out of prisons and psychiatric clinics. In 1966, Roman Polanski brought Hłasko to Hollywood to work as a screenwriter, but while there, he got into a fight with the composer Krzysztof Komeda, who died from his injuries a few days later. Six months afterward, Hłasko died from a fatal mixture of alcohol and sleeping pills. He was thirty-five years old and the author of ten novels, several collections of short stories and essays, and a memoir.

Norbert Guterman (1900–1984) also translated Hłasko’s The Eighth Day of the Week and Next Stop—Paradise.

James Sallis is the author of Drive and the Lew Griffin series of crime novels, among many other books.

“A spokesman for those who were angry and beat, turbulent, temperamental and tortured . . . In The Graveyard, Hłasko stabs his knife into the regime and draws it out dripping blood.”
—The New York Times

“Marek Hłasko lived through what he wrote and died of an overdose of solitude and not enough love.”
—Jerzy Kosinski

“A self-taught writer with an uncanny gift for narrative and dialogue . . . A born rebel and troublemaker of immense charm.”
—Roman Polanski

“As a study of a peculiar limbo, the endless wandering, the alienation, [The Eighth Day of the Week is] exquisitely drawn, and intensely young; it’s about as good a description of being 18 as I’ve ever read, whether you’re living under the yoke of communism or not.”
—Zoe Williams, The Guardian, “The Book That Changed Me”

“While urging you to find and read . . . any book by Marek Hłasko, I will yield to Hłasko’s countryman, fellow writer, and friend Leopold Tyrmand, the final word: ‘Even in his lies—and he was a man built of lies, some of them scurrilous, some of them charming—he conveyed always a truth. A truth we need.’ ”
—James Sallis, The Boston Globe