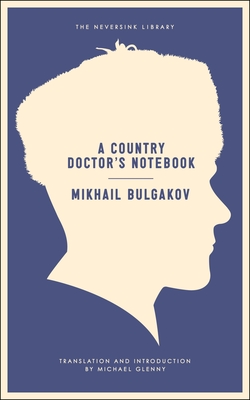 By Mikhail Bulgakov, Michael Glenny (Translated by)
$15.00
Email or call for price.

Each of these autobiographical stories from the author of The Master and Margarita glows like a candle in the Russian wilderness, while "Morphine" is a harrowing insight into addiction. — Charles Bottomley

Part autobiography, part fiction, this early work by the author of The Master and Margarita shows a master at the dawn of his craft, and a nation divided by centuries of unequal progress.

In 1916 a 25-year-old, newly qualified doctor named Mikhail Bulgakov was posted to the remote Russian countryside. He brought to his position a diploma and a complete lack of field experience. And the challenges he faced didn’t end there: he was assigned to cover a vast and sprawling territory that was as yet unvisited by modern conveniences such as the motor car, the telephone, and electric lights.

The stories in A Country Doctor’s Notebook are based on this two-year window in the life of the great modernist. Bulgakov candidly speaks of his own feelings of inadequacy, and warmly and wittily conjures episodes such as peasants applying medicine to their outer clothing rather than their skin, and finding himself charged with delivering a baby—having only read about the procedure in text books.

Not yet marked by the dark fantasy of his later writing, this early work features a realistic and wonderfully engaging narrative voice—the voice, indeed, of twentieth century Russia’s greatest writer.

MIKHAIL BULGAKOV was born in Kiev on May 15th 1891. He graduated as a doctor but gave up the practice of medicine in 1920 to devote himself to literature. He went on to write some of the greatest novels in twentieth century Russian literature, including The White Guard, Heart of a Dog, and his masterpiece, The Master and Margarita. He died in Moscow of kidney disease in 1940.

"These straightforward yet extraordinary sketches gain their strength from also being the account of a young man's growth. One begins to see that he became a novelist not because he had material but because he was storing up passion and temperament." -- V.S. Pritchett, New Statesman

“…they don’t read outdated, musty or strange today. Instead, they evoke archetypal situations we experience in contemporary medical storytelling.” —The Milwaukee Journal Sentinel

"Bulgakov casts a wonderfully wry, self-deprecating humour. His compassion for human folly is unfailing ... These stories stand testament both to human resilience and a remarkable literary talent." -- The Independent

"Stories as keen and bright as a scalpel ... Courage shines from every angle of this profoundly human collection by the greatest of modern Russian writers." -- Sunday Times