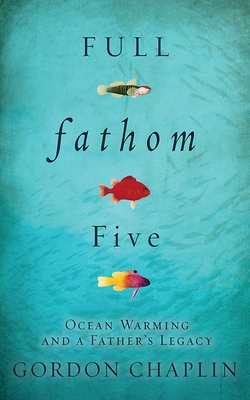 Gordon Chaplin's loving depiction of a vanishing undersea wilderness of fishes and reefs in the Bahamas. Part memoir of growing up collecting and cataloguing specimens with his larger-than-life scientist father while free-diving in "gin clear" waters, part reflection on loss and longing for "home," this is a poignant and fascinating read. — Amy Palmer

Gordon Chaplin’s father was a seemingly happy-go-lucky, charismatic adventurer who married a wealthy heiress and somehow transformed himself into the author of a landmark scientific study, Fishes of the Bahamas, published by the Academy of Natural Sciences of Philadelphia. As a young boy, the author took part in collecting specimens for his father. Fifty years later, he was asked to join a team from the same institution studying the state of sea life in the Bahamian waters where he grew up, as measured against his father’s benchmark. The first of the sea changes presented in this eloquent book stems from climate change and is the drastic transformation of ocean life due to global warming. The second is his father’s miraculous transformation from presumed playboy into scientist. And the third involves the author’s own complicated relationship with his parents and in particular his father, as he grew older and assumed the part of the prodigal son. Fifty years later, returning to his childhood home, he delves into the mysteries of his father’s life and the impossibility of ever truly recovering the past, or ever returning home.

Illustrated with gorgeous color plates from the original Fishes of the Bahamas and featuring descriptions of exquisite undersea beauty and heartrending devastation, this is a status report on climate change unlike any other, both a report from the field and an intensely personal reckoning.