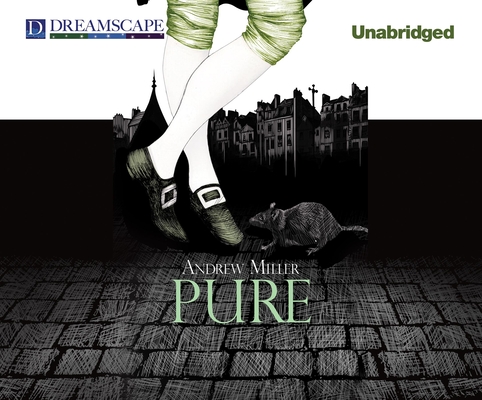 An ambitious young engineer is given the job of demolishing Les Innocents, one of the oldest cemeteries in pre-Revolutionary Paris. As well as the overpowering stench of the dead, he must also contend with the temptations of the big city and the emerging political consciousness of the workers. Miller captures the moment when the dust of the past is blown away by the future through his vivid characters and intense atmosphere--historical fiction lovers might be advised to keep a perfumed nosegay close at hand. A "pure" delight. — Charles Bottomley

Deep in the heart of Paris, its oldest cemetery is, by 1785, overflowing, tainting the very breath of those who live nearby. Into their midst comes Jean-Baptiste Baratte, a young, provincial engineer charged by the king with demolishing it. At first Baratte sees this as a chance to clear the burden of history, a fitting task for a modern man of reason. But before long, he begins to suspect that the destruction of the cemetery might be a prelude to his own.

Andrew Miller's first novel, Ingenious Pain, won the James Tate Memorial Prize for Fiction. He has since written five novels including Casanova and Oxygen, which was a finalist for the Whitbread Award and the Booker Prize in 2001. He He lives in Somerset England. READER BIORalph Cosham, a narrator with dozens of fine performances of British classics including The Wind in the Willows and The Time Machine, also records as Geoffrey Howard, whose long audiography of titles includes works by C.S. Lewis. Ralph, as Cosham or Howard, has performed more than 100 audiobooks while keeping an active stage career in regional theater. Changing careers from British journalist to actor in the 1970s, Ralph has been recording for nearly 15 years.