Back Dirt: A Murder on Skis Mystery (Paperback) 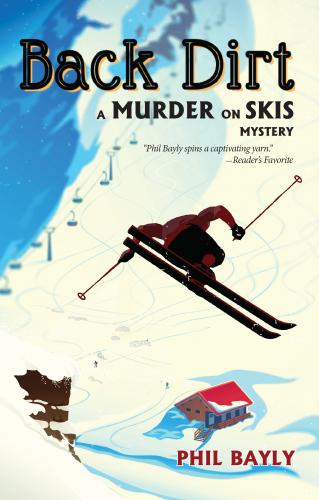 A cold case killing brings Colorado police to Upstate New York. An archaeologist has been murdered in the Adirondacks. What is the price of doing business at the Battle Ax Ski Resort? Television reporter JC Snow follows the bloody trail. He can't catch a break in his love life, perhaps he can catch a criminal. Someone at the winter hot spot is a cold blooded killer.

Phil Bayly was a television and radio journalist for over four decades. He was a reporter and anchor for WNYT-TV in New York's state capital, Albany. He anchored the top-rated morning news for fifteen years. He attended the University of Denver and is a graduate of Colorado State University. He's been a ski racer and a ski bum. It's too late to stop. He was born and raised in Evanston, Illinois. He lived and worked in Colorado, Wyoming, Pennsylvania and New York. He now resides in Saratoga County, New York. Visit Phil at murderonskis.com