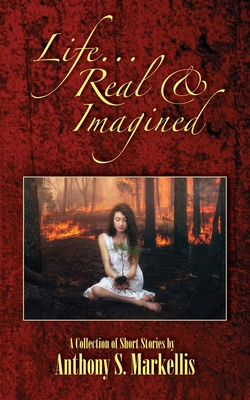 Life...Real & Imagined is a collection of fourteen short stories by acclaimed bassist Tony Markellis, one of whose favorite pastimes is the observation and appreciation of his fellow humans wherever his many travels may take him. An eternal student of anthropology, he is fascinated by people and their languages, their customs, their cuisines, their origins, and their aspirations. In the preface to the book he says, "We are all alike in so many ways, but that's not what makes life interesting, is it? It's the differences between us that make life worth living. These stories deal with people of many ages, races, nationalities, religions and walks of life, and are one man's attempt to understand them. Some of these tales are eyewitness accounts of actual events (if perhaps embellished a bit); and some of them are pure fiction. I'll leave it to you to decide which ones are which."

ANTHONY S. MARKELLIS WAS BORN AND raised in Helena, Montana and now makes his home in Saratoga Springs, NY. A highly-regarded bassist and producer since the early 1970s, he has toured and/or recorded with such varied artists as Trey Anastasio, Paul Butterfield, The Mamas & Papas, David Bromberg, David Amram, Rosalie Sorrels, Paul Siebel, Kilimanjaro, The Unknown Blues Band with Big Joe Burrell, Esther Satterfield, Eric Von Schmidt, Johnny Shines, Michael Jerling, Bob Warren, No Outlet, Street Corner Holler, Mary McCaslin, Jim Ringer, Jo Henley, Rosanne Raneri, Floodwood and Krewe Orleans. Markellis has always been fascinated by words—written, spoken and sung—English or otherwise. He counts among his friends writers and storytellers of all kinds—songwriters, authors, and playwrights—including a few Pulitzer, Grammy and Caldecott winners, all of whom have been a great inspiration to him. Mainly, he just pays attention to what goes on around him and tries to understand as much of it as he can.