In Politics There Are No Friends...and other Interesting Anecdotes (Paperback) 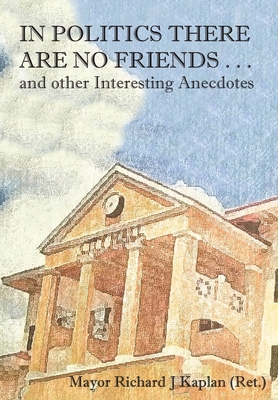 This book explores the political life and times of Mayor Richard J Kaplan (Ret.) into the early 21st century. He not only served in public office almost 31 years, but held a variety of positions in Southeast Florida, the State of Florida and in the Federal arena exposing him to both numerous well known and relatively unknown public figures. From this work he developed his theories on the personalities of politicians and how they operated.

This memoir explores issues impacting people on a daily basis and analyzes political theory, both in a humorous and disconcerting way. These stories are about real people and what they were actually doing representing their constituency.