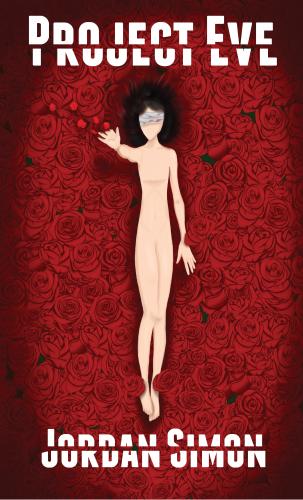 By Jordan Simon
$19.99
Click Title for IN STOCK Location

Helena Pierce has an idea; a sweet, delicious, magical idea that is guaranteed to see her soul damned for all eternity. Naturally, as any self-respecting woman would tell you, it is her civil duty to drag her ever-faithful friend and husband, Simone, along for the ride. In the name of science, nothing is forbidden; nothing is ‘too far’. Well, maybe having a kid is a bit much.

Rejoice, mortals, and hear my call! Your emperor has arrived! Jordan Simon is the self-proclaimed Supreme Prime Evil of his generation. And he’s only getting bigger! With such dastardly acts like drinking the last of the orange juice and placing the empty bottle back in the fridge, and putting raisins in homemade cookies, his resume of evil is truly as expansive as it is impressive.

Lately though, he’s opted to put his career of toxicity on hold; to forsake a life of destruction (read: minor inconvenience) for the moment and try his hand at creation for a change. At twenty one years of age, Jordan C. Simon is a Haitian-American Creative Writing major from New York who uses clever analogies and witty humor to (hopefully) prove that his IQ is not his age. He uses his writing as a medium to communicate the deeper feelings that his otherwise whimsical personality tends to neglect. Thusly so, his area of expertise generally centers on horror-fiction and philosophical themes in the form of short story. Ironically, his first book instead makes use of humor and parody as a lens to project a deeper message on the importance of loyalty to one’s self, and to others as an integral part of human nature.