Pieces of our Now (Paperback) 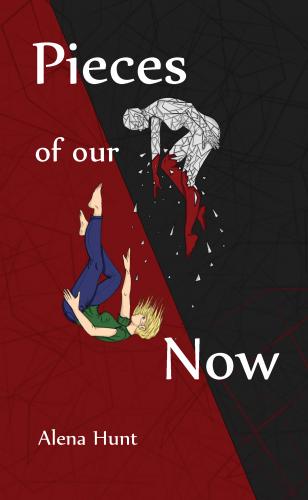 When Aeva Jones wakes up in the middle of the night to her house on fire, she thinks her nightmares are just coming true. Until her friend, who she thought had been dead for two years, shows up and takes her away. Aeva doesn’t think it could get any worse. Her parents are dead, her friend she thought was dead isn’t, and there’s a target on her back for reasons she didn’t have anything to do with. But as she struggles to figure out her past and what that means for her future, Aeva soon realizes it is not her past that will help her make it through. It is the fight in the now. To live and to survive. Is all lost? Or is all just beginning?

Alena Hunt grew up on Cape Cod, Massachusetts where she was surrounded by books and making stories of her own. Her first story she ever tried to publish was a Little Red Riding Hood retelling that she wrote when she was eight or nine. But when she asked her mom to get it published she was denied. Twelve years later she went back to a story about a boy with a traumatizing nightmare and luckily it was accepted! When she’s not writing, you can find her with her head in a book, listening to music, or spending time with her family. This is her first novel.