From American Eclipse to Silent Screen: An Early History of New York-breds (Paperback) 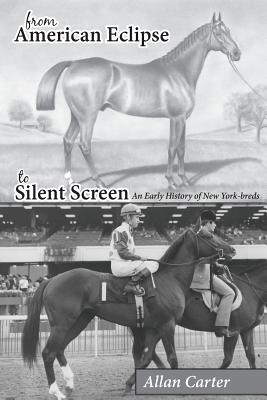 By Allan Carter
$21.95
Click Title for IN STOCK Location

It's not just the quality of the research that is impressive. Allan has blended the history of New York breeding into the story of the overall fabric of American racing in a most compelling manner. It is not merely a reference or an educational read; it is an intriguing read.

In this book, Allan has combined his passion for thoroughbred racing with his traditional meticulous research. The result is required reading for any fan of New York racing and race horses. - Bennett Liebman, Government Lawyer in Residence, Albany Law School