Reflections of My Life-April March: The First Lady of Burlesque (Hardcover) 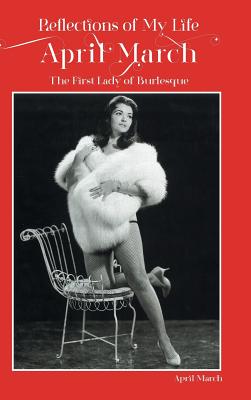 Imagine being a burlesque star while still a teenager, being married eight times and being pursued by some of the biggest names in show business and the King of Saudi Arabia, being involved in a mass shooting and fleeing Chicago to escape a Mafia boss. Now imagine this same person going back on the Burlesque stage in her late seventies and again performing to sold-out crowds.

This is the story of April March and it is a must read. From the plains of the mid-West to the international stage, she remained true to herself and her dreams. Today, she is still determined to continue her career and be a role model to those women who followed her. Reading her story brings you into the world of Burlesque as never before from the inside and unique experiences of the "First Lady of Burlesque."