She Called Him Raymond (Paperback) 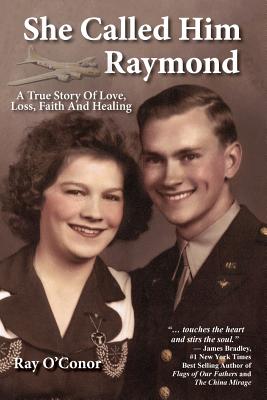 By Ray O'Conor
$19.95
Click Title for IN STORE Location

A letter penned in 1944 uncovers the powerful and heartfelt story of Helen Gregg, the daughter of Irish immigrant parents who grew up in the miseries of Hell's Kitchen during the Great Depression, and Clarence Raymond Stephenson, a young aspiring B-17 pilot raised in the small, struggling city of Ironton, Ohio. Fate brings them together in New York's Central Park in 1942. From the moment their eyes first met, they knew their lives would never be the same. This captivating and poignant story of their struggles and romance, his exploits as a highly decorated B-17 pilot during World War II, and the tragedy that tears them apart, will inspire you while tugging at your heart. With sensitivity and grace, Ray O'Conor reveals a secret about the dashing and brave young aviator who stole Helen's heart, and he divulges a promise that Helen made to Raymond in the summer of 1942 that she had to keep, no matter how long or how hard it might be to fulfill. Theirs is a compelling story of two ordinary people who led extraordinary lives during the most tumultuous period in history.

“Ray O’Conor abandoned his career to search for his namesake, a heroic B-17 pilot who died in World War II. What he found touches the heart and stirs the soul.” James Bradley #1 New York Times Best Selling Author of Flags of Our Fathers and The China Mirage. “A remarkable story of family, loyalty and heroism. O’Conor’s narrative inspires while tearing a hole in your heart.” Brig. Gen. William Martin, U.S. Army, Ret. “Beautifully written and extraordinarily moving. I couldn’t put it down.” Teri P. Gay, Historian and Author of Strength Without Compromise “This gripping narrative that lives in a son’s heart, is a story that had to be told.” Winifred Yu, Journalist and Author “A poignant and thrilling American story, told with sensitivity and grace.” Congressman Chris Gibson Veteran, Operations Desert Storm and Iraqi Freedom, Colonel, U.S. Army, Ret. “A heroic tale of love, life, family, country and devotion. A compellingly written story about people we all knew, or thought we did.” Congressman Bill Owens, Ret. Former Captain, U.S. Air Force.