Sex and the River Styx (Hardcover) 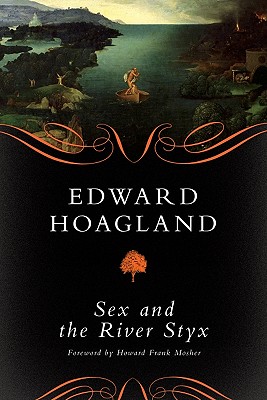 This collection of 13 essays, written in Hoagland's rare and exquisite style, covers his specialty - the intense and passionate exploration of the natural world - combined with ruminative memoir and exuberant descriptions of his world-wide travels. With a splendid forward by Howard Frank Mosher. — Louise Jones

Called the best essayist of his time by luminaries like Philip Roth, John Updike, and Edward Abbey, Edward Hoagland brings readers his ultimate collection. In Sex and the River Styx, the author's sharp eye and intense curiosity shine through in essays that span his childhood exploring the woods in his rural Connecticut, his days as a circus worker, and his travels the world over in his later years.

Here, we meet Hoagland at his best: traveling to Kampala, Uganda, to meet a family he'd been helping support only to find a divide far greater than he could have ever imagined; reflecting on aging, love, and sex in a deeply personal, often surprising way; and bringing us the wonder of wild places, alongside the disparity of losing them, and always with a twist that brings the genre of nature writing to vastly new heights. His keen dissection of social realities and the human spirit will both startle and lure readers as they meet African matriarchs, Tibetan yak herders, circus aerialists, and the strippers who entertained college boys in 1950s Boston. Says Howard Frank Mosher in his foreword, the self-described rhapsodist "could fairly be considered our last, great transcendentalist."