Gaviotas: A Village to Reinvent the World, 2nd Edition (Paperback) 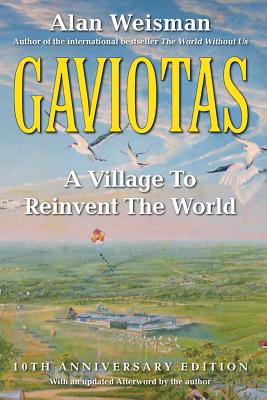 An environmental book full of hope! Gaviotas tells the story of the Utopian village created in Columbia that defied all the rules. They set out to prove that people living lightly could thrive, even in an impossible environment. In many ways their little village is more advanced than any major city in the world and it is certainly more sustainable. — Krysta Piccoli

Los Llanos--the rain-leached, eastern savannas of war-ravaged Colombia--are among the most brutal environments on Earth and an unlikely setting for one of the most hopeful environmental stories ever told.

Here, in the late 1960s, a young Colombian development worker named Paolo Lugari wondered if the nearly uninhabited, infertile llanos could be made livable for his country's growing population. He had no idea that nearly four decades later, his experiment would be one of the world's most celebrated examples of sustainable living: a permanent village called Gaviotas.

In the absence of infrastructure, the first Gaviotans invented wind turbines to convert mild breezes into energy, hand pumps capable of tapping deep sources of water, and solar collectors efficient enough to heat and even sterilize drinking water under perennially cloudy llano skies. Over time, the Gaviotans' experimentation has even restored an ecosystem: in the shelter of two million Caribbean pines planted as a source of renewable commercial resin, a primordial rain forest that once covered the llanos is unexpectedly reestablishing itself.

Colombian author Gabriel Garc a M rquez has called Paolo Lugari "Inventor of the World." Lugari himself has said that Gaviotas is not a utopia: "Utopia literally means 'no place.' We call Gaviotas a topia, because it's real."

Relive their story with this special 10th-anniversary edition of Gaviotas, complete with a new afterword by the author describing how Gaviotas has survived and progressed over the past decade.