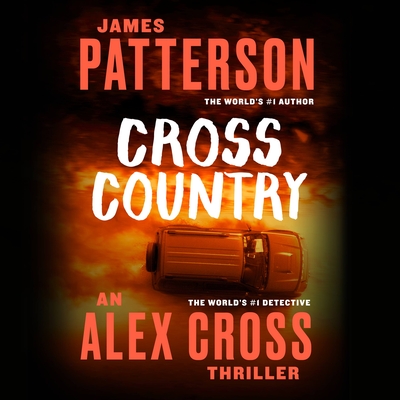 This is book number 14 in the Alex Cross series.

When the home of Alex Cross's oldest friend, Ellie Cox, is turned into
the worst murder scene Alex has ever seen, the destruction leads him to
believe that he's chasing a horrible new breed of killer. As Alex and
his girlfriend, Brianna Stone, become entangled in the deadly Nigerian
underworld of Washington D.C., what they discover is shocking: a
stunningly organized gang of lethal teenagers headed by a powerful,
diabolical man-the African warlord known as the Tiger. Just when the
detectives think they're closing in on the elusive murderer, the Tiger
disappears into thin air. Tracking him to Africa, Alex knows that he
must follow. Alone.

"It was smart to hire two talented and very different readers for Patterson's latest blockbuster about now retired FBI psychiatrist and former ace profiler Alex Cross. Fernandez catches Alex's raspy wisdom with instant credibility (he's done Cross before, in London Bridges and Cross), and Stuhlbarg is full of lighter charm as the narrator and one of the two serial killers who are trying to spoil Cross's return to private practice. Stuhlbarg makes Alex's former FBI colleague Kyle Craig, who turned out to be a mass murderer nicknamed the Mastermind, as charismatic as he is deadly. Cross's other burden comes from a more conventional serial killer terrorizing the Washington area where Alex's lady is on the case. "—Publishers Weekly