The Sacred Rite of Magical Love: A Ceremony of Word and Flesh (Paperback) 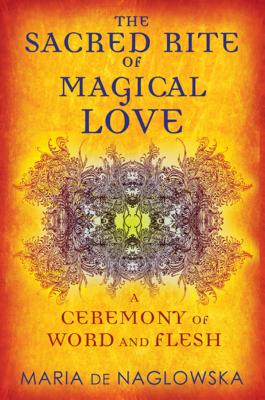 • Continues, in symbolic story form, the sexual initiatory teachings expounded in Naglowska’s The Light of Sex and Advanced Sex Magic

Available for the first time in English, The Sacred Rite of Magical Love is a mystical, sexually magical novella written by Maria de Naglowska--the Russian mystic and esoteric high priestess of 1930s Paris. Her religious system, called the Third Term of the Trinity, taught the importance of sex for the upliftment of humanity.

A natural continuation of Naglowska’s The Light of Sex and Advanced Sex Magic, this volume also contains autobiographical material from Maria de Naglowska’s life. Full of symbolic language and hidden meanings, the story follows a young woman named Xenophonta as she experiences the apparition of a dark force, whom she calls the Master of the Past and to whom she dedicates her heart and her service. En route to a midnight rendezvous with him, Xenophonta encounters a young Cossack, Micha, who sexually accosts her. Telling Micha that she already belongs to another, she escapes to keep her rendezvous. Micha, now jealous, follows her and ends up taking part in a strange, mystical ceremony that transforms him, through the magic of word and flesh.

With a preface discussing the Sacred Triangle and the magical symbol of the AUM Clock, both central symbols in Naglowska’s religious system as well as in the story, the book also includes a summary of the doctrine of the Third Term of the Trinity in de Naglowska’s own words--important to any student of the Western Mystery tradition.

“The English publication of the works of Maria de Naglowska is an enormous step in making the elusive information on sexual magic available to a new generation of readers.”
— Hans Thomas Hakl, author of Eranos and co-editor of Gnostika

“While much of de Naglowska’s work does not fit at all with modern spiritual conceptions, this book does seed certain concepts that allow for some flexibility in gender roles in modern magical practices. This may be another curio to collect, but it also merits academic, particularly sociological, study.”
— Diana Rajchel, Facing North, August 2012