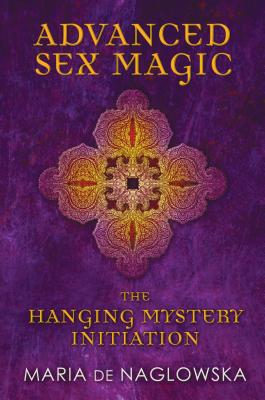 Available for the first time in English, Advanced Sex Magic illuminates the revolutionary occult teachings of Maria de Naglowska--Russian mystic, esoteric high priestess, and self-styled “Satanic Woman” of 1930s Paris. Her religious system, called the Third Term of the Trinity, considered the Holy Spirit (or Wholesome Spirit) to be feminine and taught the importance of sex for the regeneration of the world and the uplifting of humanity.

A complement to her The Light of Sex, this book on the hanging mystery initiation details her advanced teachings on the Third Term of the Trinity and the spiritually transformative power of sex and reveals the erotic ritual hanging and other sensory deprivation practices of her magical group, La confrérie de la Flèche d’Or [The Brotherhood of the Golden Arrow]. These advanced mystical sexual practices were required for initiation into the brotherhood, and, as Naglowska shows, only through the union of the masculine and the feminine can we bring about a reconciliation of the light and dark forces in nature.

“In Advanced Sex Magic, we see the roots of occult practice in effect today: the focus on Satan and the role of Judas Iscariot demonstrates symbolic roots of Wiccan and psychotherapeutic “shadow work.” While Wiccans draw from a different mythological core, often preferring ancient myths of polytheistic (usually Celtic) cultures to Christian symbolism, the intent and impact serves the same purpose. . . Recommended . . .”
— Diana Rajchel, FacingNorth.net, September 2011

“Traxler’s work in translating and bringing de Naglowska’s work out of obscurity is admirable, and his notes and biographical commentary are invaluable. For all the flaws of her system, Naglowska was a remarkable woman, and these books are definitely worth investigating.”
— Spiral Nature, November 2012

“The English publication of the works of Maria de Naglowska is an enormous step in making the elusive information on sexual magic available to a new generation of readers.”
— Hans Thomas Hakl, author of Eranos: An Alternative Intellectual History of the Twentieth Century and