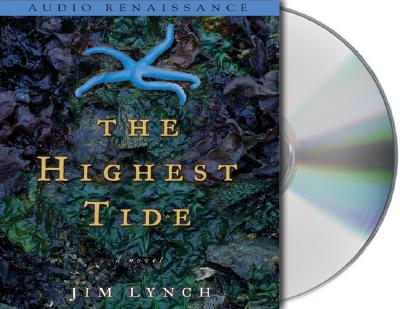 A spellbinding first novel about a young boy's fascination with the wonders of the seashore during a summer that will change
his life.
One moonlit night, thirteen-year-old Miles O'Malley slips out of his house, packs up his kayak and goes exploring on the flats of Puget Sound. But what begins as an ordinary hunt for starfish, snails, and clams is soon transformed by an astonishing sight: a beached giant squid. As the first person to ever see a giant squid alive, the speed-reading Rachel Carson-obsessed insomniac instantly becomes a local curiosity. When he later finds a rare deepwater fish in the tidal waters near his home, and saves a dog from drowning, he is hailed as a prophet. The media hovers and everyone wants to hear what Miles has to say.
But Miles is really just a teenager on the verge of growing up, infatuated with the girl next door, worried that his bickering parents will divorce, and fearful that everything, even the bay he loves, is shifting from him. While the sea continues to offer up discoveries from its mysterious depths, Miles struggles to deal with the difficulties that attend the equally mysterious process of growing up. In this unforgettable, beguiling novel, we witness the dramatic sea change for both Miles and the coastline that he adores over the course of a summer--one that will culminate with the highest tide in fifty years.

JIM LYNCH has won national journalism awards and published short fiction in literary magazines. A Washington state native, Lynch currently writes and sails from his home in Olympia, where he lives with his wife and daughter. The Highest Tide is his first novel.

"The Highest Tide is a plunge into sustained and intelligent wonder. Jim Lynch creates a richly tumultuous world on a microcosmic stage. His characters and events are as complex and surprising as the sea that surrounds them. He's got me re-reading Rachel Carson and itching for tide pools of my own." --Katherine Dunn, author of Geek Love

"A small but engaging debut that works both as a poignant coming-of-age story and an enchanting primer on the life acquatic. The Highest Tide is as crisp and clean as a cool dip into the water, and just about as refreshing." -Entertainment