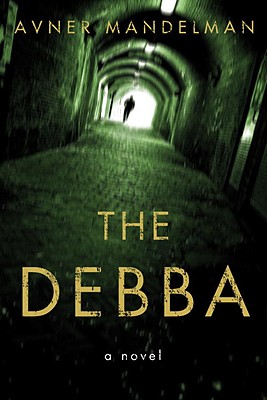 By Avner Mandelman
$14.95
Hard to Find - May no longer be available

After his father is murdered David Starkman returns to Israel to solve the crime. His father has left an unusual request that Starkman put on a performance of The Debba, a play which caused havoc with both Jews and Arabs when it was performed years ago. Intriguing, well written and an absorbing tale. A Debba is an Arab hyena who can walk like a man and steals Jewish children. — Sarah Knight

“Avner Mandelman uses the format of a thriller to produce a compelling, nuanced portrayal of Israel at its creation and beyond. As his characters progress through a murder investigation, Mandelman presents the reader with an Israel far from the stereotype. This superb fiction brings an understanding of a diverse and conflicted society better than any strict historical portrait could.”
— Bill Cusumano, Nicola's Books, Ann Arbor, MI

In Middle East lore the Debba is a mythical Arab hyena that can turn into a man who lures Jewish children away from their families to teach them the language of the beasts. To the Arabs he is a heroic national symbol; to the Jews he is a terrorist. To David Starkman, -The Debba- is a controversial play, written by his father the war hero, and performed only once, in Haifa in 1946, causing a massive riot. By 1977, David is living in Canada, having renounced his Israeli citizenship and withdrawn from his family, haunted by persistent nightmares about his catastrophic turn as a military assassin for Israel. Upon learning of his father's gruesome murder, he returns to his homeland for what he hopes will be the final time. Back in Israel, David discovers that his father's will demands he stage the play within forty-five days of his death, and though he is reluctant to comply, the authorities' evident relief at his refusal convinces him he must persevere. With his father's legacy on the line, David is forced to reimmerse himself in a life he thought he'd escaped for good.The heart-stopping climax shows that nothing in Israel is as it appears, and not only are the sins of the fathers revisited upon the sons, but so are their virtues--and the latter are more terrible still. Disguised as a breathtaking thriller, Avner Mandelman's novel reveals Israel's double soul, its inherent paradoxes, and its taste for both art and violence. The riddle of the Debba--the myth, the play, and the novel-- is nothing less than the tangled riddle of Israel itself.

Avner Mandelman was born in Israel and served in the Israeli Air Force during the Six-Day War. Two of his story collections have been published in Canada, and the story collection Talking to the Enemy was published in the U.S. and chosen by Kirkus as one of the twenty-five best books of 2005, and by the ALA as the first recipient of the Sophie Brody Medal for outstanding achievement in Jewish literature. Several of his stories have won awards in the U.S., Canada, and Israel, including being selected for the Pushcart Prize, and the Journey Prize. His short story, -Pity, - was selected for inclusion in The Best American Short Stories 1995. This is his first novel.

“In this fast-paced thriller, the philosophical wrestling matches the action blow for blow.”—Hadassah Magazine

“An absorbing and captivating novel that bridges the uncomfortable political gap between the Palestinian and Israeli sides.” —Kirkus Reviews

“A first-rate debut novel that tackles current issues in the Arab-Israeli conflict while revealing the paradoxes of Israeli life for those who embrace the arts yet must deal with violence on a daily basis.” —Booklist, starred review

“…a literary thriller that powerfully confronts uncomfortable paradoxes around the founding of Israel. The issues it raises are as near as the headlines, and the novel seems likely to be as controversial as the play that forms its centerpiece.”—Library Journal