Cemetery John: The Undiscovered Mastermind Behind the Lindbergh Kidnapping (Hardcover) 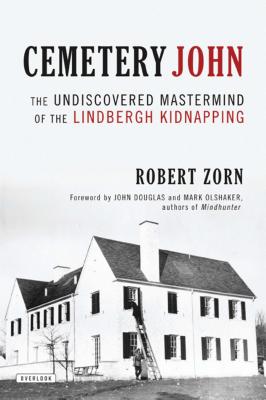 Despite the fact that only one person was ever charged, everyone involved in the investigation of the kidnapping of Charles Lindbergh's child in 1932 agreed that it was not the work of one man. This precise, state-of-the-art examination of the infamous crime had its roots in a conversation that still haunted the teenager who overheard it 75 years later. Fascinating, compelling, and sad. — Alden Graves

Evidence, opinion, and logic have discredited the notion that Bruno Richard Hauptmann --electrocuted in 1936 --acted alone. In this meticulous and authoritative account of the crime, the trial, and the times of the Lindbergh kidnapping, Robert Zorn clears away decades of ungrounded speculation surrounding the case. Inspired by his father's relationship with the actual accomplices --including the mastermind --he presents the clearest ever picture of a criminal partnership, which would shake every class and culture of American society. Using personal possessions and documents, never-before seen photographs, new forensic evidence, and extensive research, Robert Zorn has written a shocking and captivating account of the crime and the original "Trial of the Century." From the ecstatic riots that followed the Spirit of St. Louis on either side of the Atlantic, to the tragic night that would shake America's sense of security, to the horror of the New Jersey morgue where Lindbergh insisted on verifying the identity of his son, Zorn's skillful treatment meets this larger-than-life story and gives it definitive shape --revealing the true story behind the crime, for the first time.

Robert Zorn is a graduate of Duke University and the Wharton School of Business. His unique qualification to tell this story is his relationship to his father, the late Eugene C. Zorn, Jr., a nationally respected economist, and the only person who ever witnessed the conspiracy behind the kidnapping.