Memoirs of a Revolutionary (Paperback) 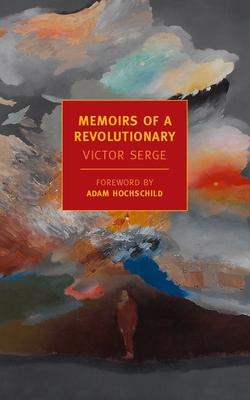 Serge witnessed the curdling of the Russian Revolution from the inside--but never lost his own belief in freedom and equality. A powerful, vivid account from the 20th century's ground zero. — Charles Bottomley

Victor Serge is one of the great men of the 20th century —and one of its great writers too. He was an anarchist, an agitator, a revolutionary, an exile, a historian of his times, as well as a brilliant novelist, and in Memoirs of a Revolutionary he devotes all his passion and genius to describing this extraordinary—and exemplary—career. Serge tells of his upbringing among exiles and conspirators, of his involvement with the notorious Bonnot Gang and his years in prison, of his role in the Russian Revolution, and of the Revolution’s collapse into despotism and terror. Expelled from the Soviet Union, Serge went to Paris, where he evaded the KGB and the Nazis before fleeing to Mexico. Memoirs of a Revolutionary recounts a thrilling life on the front lines of history and includes vivid portraits not only of Trotsky, Lenin, and Stalin but of countless other figures who struggled to remake the world.
Peter Sedgwick’s fine translation of Memoirs of a Revolutionary was abridged when first published in 1963. This is the first edition in English to present the entirety of Serge’s book.

Victor Serge (1890–1947) was born Victor Lvovich Kibalchich to Russian anti-Tsarist exiles, impoverished intellectuals living “by chance” in Brussels. A precocious anarchist firebrand, young Victor was sentenced to five years in a French penitentiary in 1912. Expelled to Spain in 1917, he participated in an anarcho-syndicalist uprising before leaving to join the Revolution in Russia. Detained for more than a year in a French concentration camp, Serge arrived in St.
Petersburg early in 1919 and joined the Bolsheviks, serving in the press services of the Communist International. An outspoken critic of Stalin, Serge was expelled from the Party and arrested in 1929. Nonetheless, he managed to complete three novels (Men in Prison, Birth of Our Power, and Conquered City) and a history (Year One of the Russian Revolution), published in Paris. Arrested again in Russia and deported to Central Asia in 1933, he was allowed to leave the
USSR in 1936 after international protests by militants and prominent writers like André Gide and Romain Rolland. Using his insider’s knowledge, Serge published a stream of impassioned, documented exposés of Stalin’s Moscow show trials and of machinations in Spain, which went largely unheeded. Stateless, penniless, hounded by Stalinist agents, Serge lived in precarious exile in Brussels, Paris, Vichy France, and Mexico City, where he died in 1947. His classic Memoirs of a Revolutionary and his great last novels, Unforgiving Years and The Case of Comrade Tulayev (both available as NYRB Classics), were written “for the desk drawer” and published posthumously.

Peter Sedgwick (1934–1983) translated and wrote the introductions for Victor Serge’s Memoirs and Year One of the Russian Revolution. A lifelong activist and a founding member of the New Left in Britain, he wrote seminal essays on Serge. In addition to his journalism and political writings, he is the author of a book, Psycho-Politics.

Adam Hochschild has written for The New Yorker, Harper’s Magazine, The New York Review of Books, and The Nation. His books include King Leopold’s Ghost and, most recently, To End All Wars. He teaches at the Graduate School of Journalism at the University of California, Berkeley.

George Paizis is the author of Marcel Martinet: Poet of the Revolution, Love and the Novel: The Poetics and Politics of Romantic Fiction, and, with Andrew N. Leak, The Holocaust and the Text: Speaking the Unspeakable. He is a longstanding member of the Socialist Workers Party and until recently was Senior Lecturer in the French Department at University College London.

Richard Greeman has translated and written the introductions for five of Serge’s novels (including Unforgiving Years and Conquered City, both available as NYRB Classics). A veteran Socialist and co-founder of the Praxis Center and Victor Serge Library in Moscow, Russia (www.praxiscenter.ru), Greeman is author of Beware Of “Vegetarian” Sharks: Radical Rants And Internationalist Essays.

“The Memoirs tells a harrowing story — Serge spent most of his adult life in prison and/or exile and saw the Russian Revolution, which for him was the pinnacle of his life in radical activism, lead to one of the most brutal dictatorships in human memory. But it also is a forward-looking book, committed to recording the history of an era in the obvious hope that others will learn from it. It is both realist and idealist, an attitude that is essential to any functional left-wing, or even liberal, movement.” —Los Angeles Review of Books

"Memoirs is a document that is essential, above all, as a denouncement of oppression, an eye-witness account, written in heat and at speed, but with the talent of the true writer, of what it was like to be at the heart of the machine – and to stand up to it. This is the most complete edition yet published in English (Sedgwick's first, abridged translation appeared nearly 50 years ago). How it has taken so long to appear is one of those unfathomable mysteries…. Anyway, here it is at last, and anyone who cares about justice and freedom of speech should have a copy."— Nicholas Lezard, The Guardian

“This book is a fiery testament to political conscience and revolutionary hope.” —Mike Davis, author of City of Quartz

“I can’t think of anyone who has written about the revolutionary movement in [the 20th century] with Serge’s combination of moral insight and intellectual richness.” — Dwight Macdonald

“Serge is one of the most compelling of twentieth- century ethical and literary heroes.” — Susan Sontag

"The tight links among Serge's traits—his intellectual seriousness, the drive to literary expression, an intransigent radicalism not quite separable from restiveness in the face of routine corruption and dishonesty—are especially evident in Memoirs of a Revolutionary, now available for the first time in a complete English translation...Serge can recognize the range of experience and responses that make up the texture of life in even the most nightmarishly repressive system." --Scott McLemee, Bookforum