My Inventions: The Autobiography of Nikola Tesla (Paperback) 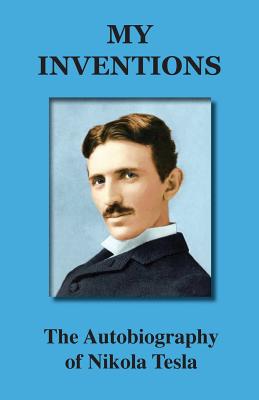 In this book, one of the greatest scientific minds to have ever lived, Nikola Tesla, presents his life story. Although titled My Inventions, it goes beyond his scientific achievements and recounts his childhood in Croatia, his early education in Europe, and his work with Thomas Edison, then followed by his most vital research and inventions. His inventions include the AC electrical system, fluorescent lighting, X-rays, remote control, the electric motor (which the modern Tesla car is designed after), robotics, the laser, the famous Tesla coil transformer, the wireless transmission of power, which could have provided us all with limitless free energy, and radio. Six months after Nikola Tesla died in 1943 the U.S. Supreme Court ruled that Marconi's radio patents were invalid and awarded them, rightfully, to Tesla. He was so amazingly gifted that his inventions would appear 3-D in his mind so he could examine them from any angle before building them perfectly, from this powerful inner blueprint. The book allows us to get to know him on a personal level and share his great achievements.