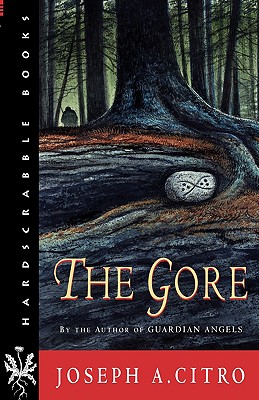 All of Joe Citro's books have unnerved me, but none so much as "The Gore". Something is in the forest. Something ancient. And it's been disturbed.

"Don't ever take a fence down until you know the reason it was put up". ~ G.K Chesterton

To escape the tensions of his past, former journalist Roger Newton retreats to Vermont's fabled Northeast Kingdom, the wildest, most remote portion of the state. There he discovers a terrifying secret that turns his life upside down. "A tightly structured and increasingly engrossing story of the terror waiting quietly somewhere in the Green Mountains".--"Vermont Life".