The Case Against School Vouchers (Paperback) 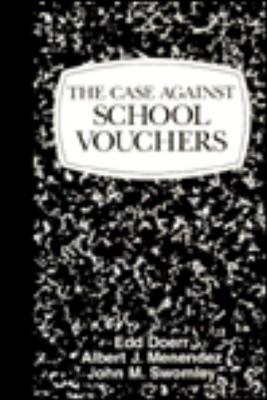 Should public funds be used to support nonpublic education? Controversy over that question has raged since the early 19th century. In the 1990s this debate centers on elementary and secondary school tuition vouchers, sometimes called "scholarships," which feature numerous plans with varying levels of aid, but they all involve public funds being spent for nonpublic education.

Voucher advocates claim that it's only fair to include nonpublic schooling in public funding for elementary and secondary education, that vouchers will promote diversity, and that school "choice" will improve the quality and effectiveness of education. But are these claims true?