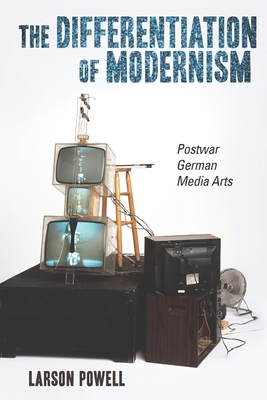 The Differentiation of Modernism analyzes the phenomenon of intermediality in German radio plays, film music, and electronic music of the late modernist period (1945-1980). After 1945, the purist "medium specificity" of high modernism increasingly yielded to the mixed forms of intermediality. Theodor Adorno dubbed this development a "Verfransung," or "fraying of boundaries," between the arts. TheDifferentiation of Modernism analyzes this phenomenon in German electronic media arts of the late modernist period (1945-80): in radio plays, film music, and electronic music. The first part of the book begins with a chapter on Adorno's theory of radio as an instrument of democratization, going on to analyze the relationship of the H rspiel or radio play to electronic music. In the second part, on film music, a chapter on Adorno and Eisler's Composing for the Film sets the parameters for chapters on the film Das M dchen Rosemarie (1957) and on the music films of Jean-Marie Straub and Dani le Huillet. The third part examines the music of Karlheinz Stockhausen and its relationship to radio, abstract painting, recording technology, and theatrical happenings. The book's central notion of the "differentiation of culture" suggests that late modernism, unlike high modernism, accepted the contingency of modern mass-media driven society and sought to find new forms for it. Larson Powell is Curator's Professor of Film Studies at University of Missouri, Kansas City. He is the author of The Technological Unconscious in German Modernist Literature (Camden House, 2008).