Do or Die: A Ralph Compton Novel by David Robbins (Abridged / CD-Audio) 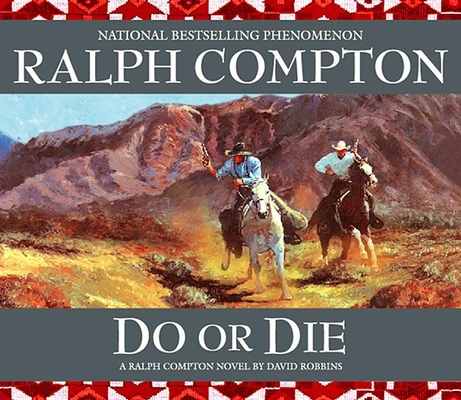 To save his hometown, Civil War veteran Dick Hodson must lead a desperate cattle drive---with a trail party made up of raw, greenhorn children.

RALPH COMPTON stood six foot eight without his boots. He worked as a musician, a radio announcer, a songwriter, and a newspaper columnist. His first novel, The Goodnight Trail, was a finalist for the Western Writers of America Medicine Pipe Bearer Award for best debut novel. He was also the author of the Sundown Rider series and the Border Empire series.

TERRY EVANS was born in Texas, not far from the border with Mexico. He was seen on Dallas, the Showtime movie Lone Star Bar and Grill, The Jesse Owens Story, and other productions. He now lives in Los Angeles.